A step closer to Strictly! (wearing one of Flavia's dresses)

I've been meaning to write in this for ages, and I can't believe it's been almost a month (now since I performed at Karen Hardy's studio in London (karenhardystudios.com) wearing one of the actual dresses from Strictly Come Dancing as worn by the amazing Flavia Cacace! (bbc.co.uk) 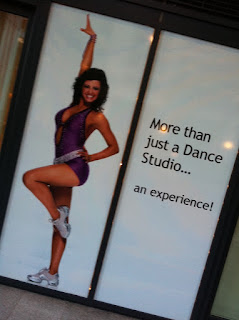 Just to recap, it all came about when, 10 days before their Big Band Swing Dance night, Emma from the studio called me up to say Karen really wanted me to perform in the showcase (April 27th), as I'd expressed an interest a few months back after I had a lesson there, but sadly was unable to fit my schedule together with the male professional teachers', so it looked like I'd be unable to take part. I'd really wanted to, but thought maybe next time then forgot about it. So I was elated when I discovered Karen had found me a professional partner who would be dedicated to training only me; the only question was did I want to take on the challenge with only a week to train. Simple answer: yes!

Training like on Strictly
We did seven hours of rehearsing, three one weekend to lay down the routine - I'd gone prepared with about four songs already downloaded, and lots of ideas - and then another two practise sessions on the weekend of the event! It was a bit like it must be on the actual Strictly Come Dancing show, where they only have a week to perfect a routine.

Dresses to impress!
It was already exciting enough but then on the Friday night prior to the show, when I was rehearsing, Karen was at the studio and I just happened to say how much I loved the dresses on show, when she disappeared into a back room only to emerge with four dresses actually worn on Strictly, saying I could choose one to wear!!! O.M.G!! I virtually skipped back to my hotel room at the Jury's Inn across the road (pricey but worth it for convenience!) and jumped up and down, saying 'thank you thank you' over and over (to no one, as I was staying up there by myself!). 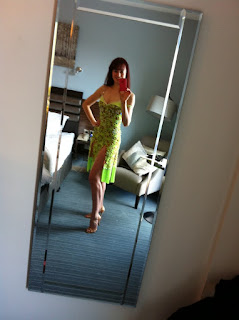 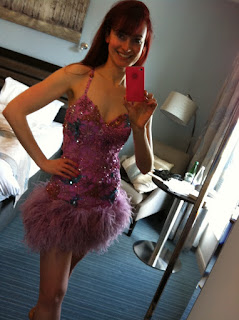 It was a hard choice between Katya's clinging green number as I loved the colour, and Flavia's slinky silver outfit which was less a dress and more like a bikini joined together at the front (as made by Chrisanne, who makes all the SCD dresses chrisanne.com) In the end, having text pictures of them to my mum, two best friends and Camilla Dallerup (former Strictly pro and winner in 2008, who has also given me a lesson and was kindly going too lend me a dress but we couldn't get to meet up in time), I went for the silver one, thanks to everyone being in agreement, and Camilla texting back 'You look hot, end of!!'. 'Nuff said.


The actual night went by so fast, and I've yet to see the video my friend took of it, but here's me and David Barnes in rehearsal to give you an idea youtube.com (I do go a bit wrong at the beginning and right at the end, but ignore that!) I'm just hoping this show isn't a one off, and it's only the start of loads more dancing to come! Bring it on :-)
Posted by Katy Louise at 22:40 No comments: